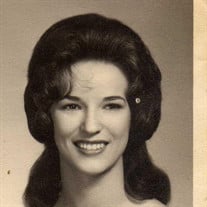 Carolyn East 76, passed away on March 31, 2019 at Westview Nursing and Rehab in Bedford IN. She was born August 26, 1942 in Lawrence county, she was the daughter of James and Thelma (Mayfield) East. Carolyn was a very loving daughter, sister and aunt. She loved her brothers and sisters and she was a very kind-hearted aunt. She gave hope and helped one of her nieces Terrie get a degree from Indiana University and another niece Linda get a job at Crane. She was always helping her family and she only spoke highly of her nieces and nephews. She is going to be deeply missed by her family and friends. She graduated from Bedford High school in 1960. She worked for the State of California in Sacramento as an accountant and retired from United States Government at the Naval Surface Warfare Center, Crane IN 1996. Surviving are three brothers, Carl East, Cecil East and Terry East and two sisters Ruby East and Opal Lee Beltran. And many nieces and nephews: Gary, Regina, Frank Darrell, Ed, Alan, Tim, Steve, Pat, Mary Anne, Karen, Linda, Margaret Rose, Desiree, Terrie, Jackie, Tonya, Cheryl, Susan, Becky, Michael, and Nyokia. She was preceded in death by her parents James East & Thelma (Mayfield) East; her three brothers James East, Frank East and Rufus Marion East; her two sisters Sally Root Ollis, Etta Jean East; niece Thereasa Gail East. Mass of Christian Burial will be at 10:00 A.M. on Saturday, April 13, 2019 at St. Vincent de Paul Catholic Church, with Father Rick Eldred and Deacon Dave Reising officiating. Burial will be at Green Hill Cemetery. Visitation will be from 4-8 P.M. on Friday at the Ferguson-Lee Chapel of Thorne-George Family Funeral Homes. Rosary will be prayed at 7:00 P.M. Online condolences may be sent to the family at www.fergusonlee.com.

Carolyn East 76, passed away on March 31, 2019 at Westview Nursing and Rehab in Bedford IN. She was born August 26, 1942 in Lawrence county, she was the daughter of James and Thelma (Mayfield) East. Carolyn was a very loving daughter, sister... View Obituary & Service Information

The family of Carolyn East created this Life Tributes page to make it easy to share your memories.

Send flowers to the East family.