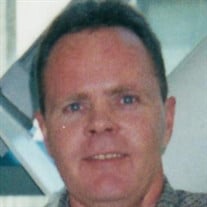 Charles E. “Chuck” Shawhan, 64, of Bedford, passed away Tuesday, July 27, 2021. He was born Jan. 28, 1957, in Elwood, to Charles E. and Carol (Case) Shawhan, Sr. Chuck was a graduate of Elwood High School, class of 1975, and attended I.U., Bloomington, for three years. He was retired and had worked in retail and auto sales and as a caseworker at Stonebelt in Bedford and Bloomington. He was a member of the American Legion, Sons of Legion, and a former Jaycee. Surviving to cherish Chuck’s memory are his mother, Carol Shawhan of Elwood; daughter, Jordan (Matt) Hatfield of Bedford; grandchildren, Maddyn and Cale Hatfield of Bedford; sister, Cheryl (Todd) Nichols of Elwood; nephews, Kyle (Tiffany) Nichols and Zachary (Lexie) Nichols, both of Noblesville; and aunts, Clarice Cornwell of Elwood and Joanne (Eletta) Case of Bonita Springs, Florida. Chuck was preceded in death by his father; and uncle, Jack Case. Cremation was chosen and there will be no public services. Online condolences to the family may be sent to www.FergusonLee.com. Memorial contributions may be mailed to IU School of Medicine, C/O IU Foundation, P.O. Box 6460, Indianapolis, IN 46206-6460 and checks should be made out to: Indiana University Foundation: Huntington's Disease Center of Excellence Fund Account #0380009793.

The family of Charles E. "Chuck" Shawhan created this Life Tributes page to make it easy to share your memories.

Send flowers to the Shawhan family.