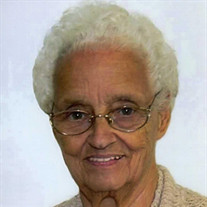 Fay Pate May 17, 1937 – January 16, 2019 Fay Pate, 81, of Bedford, passed away peacefully at her home surrounded by her loving family on Wednesday, January 16, 2019. Born May 17, 1937 in Lawrence County, she was the daughter of Harley and Alice (Barnett) Brown. She married Raymond Pate on May 1, 1954 and he survives. Fay was a homemaker and helped build and operate the family farm. She was an avid seamstress and gardener. She was a member of Pinhook Christian Church and Fairview Ladies Aid. Surviving are her husband, Raymond; children, Sandra Kay (Mike) Rech and Donald Ray (Cheryl) Pate; grandchildren and great-grandchildren, Wade Daniel (Amanda) Allen and their daughter Lilly, Chad David (Megan) Allen and their children Malachi, Silas, and Zechariah, Christopher Ray Pate and his children David, Leland, and Ryeitt, Brandy Nicole (Nate) Colgan and their children Aaron, Abby, and Caleb, Alyson Marie (Aaron) Eichel, Samuel Michael (Ashley) Rech and their children Spencer and Alyssa, and Steven Taylor Rech; son-in-law, Kerry Allen; brother, Harley (Linda) Brown; two sisters, Gayle (Edward) Gilstrap and Carol Moore; and several nieces and nephews. She was preceded in death by her parents; daughter, Ramona Fay Allen; and two sisters, Jeanette (Bill) Kern and Kay Brown. Funeral service will be at 11:00 A.M. on Monday, January 21, 2019 at the Ferguson-Lee Chapel of Thorne-George Family Funeral Homes, with Wade Allen officiating. Burial will be in Pinhook Cemetery. Visitation will be 2-6 P.M. on Sunday and from 10:00 A.M. until the service hour Monday at the funeral chapel. Memorial contributions may be made to Pinhook Christian Church or Pinhook Cemetery.

The family of Fay Pate created this Life Tributes page to make it easy to share your memories.

Send flowers to the Pate family.