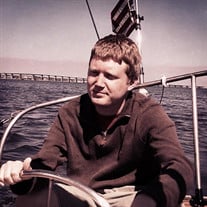 Jackson Wayne Reynolds, age 26 of Orono, Maine, formerly of Bedford, Indiana passed away on Thursday the 15th of October 2020. Born July 17, 1994, he was the son of Jeff (& Audra) Reynolds and Kelly (& Michael) Clark. Grandson to Carol & Jack Reynolds and Connie & Larry Kirkman. He was a graduate of Bedford North Lawrence Class of 2013. He was a senior at University of Maine where he was employed by the university. Jackson had a very adventurous spirit. He went on mission trips to Africa. He loved to travel, make music, and had a knack for making people laugh. He earned his pilot’s license in 2013 and enjoyed flying with his dad, brother, and friends. He also loved hiking, sailing, fishing, and scuba diving. Jackson is survived by parents, Jeff and Audra Reynolds, Kelly and Michael Clark. Maternal grandmother Connie Kirkman and paternal grandmothers, Carol Reynolds and Mary Ann Roach. His siblings Whitney Reynolds, AJ Reynolds, Presley Clark, and Chesney Clark. His aunts and uncles, Debbie (& Jimmy) Ernst, Rita (& Greg) Noble, Tammy (& Tony) Young, John (& Tracy) Roach, Jay (& Karen) Roach along with his cousins; Leslie, Hayden, Elli, & Fender Noble; Blake (& Marcela) Chastain; Kyla (& Stevie) Terrell; Kody Young; Justin, Matthew, Nicholas, & Allison Roach. He was loved by many great aunts and great uncles too. Jackson was preceded in death by his maternal grandfather, Larry Kirkman and his paternal grandfathers, Jack Reynolds, Bob Roach, and Jackson’s Aunt Stacey Reynolds. There will be a celebration of life on October 22, 2020 from 3-7pm at the Ferguson-Lee Chapel of Thorne-George Family Funeral Homes, with service by Reverend Lewis Williams to follow immediately. For those unable to attend in person, there will be a Facebook livestream of the service starting at 7pm. There will be a virtual visitation via zoom on Friday, October 23, 2020 at 6pm. Join Zoom Meeting: https://us02web.zoom.us/j/83059477481?pwd=VlkycXpINk5ranJ1b2JOelh4Z2RPZz09 Meeting ID: 830 5947 7481 Passcode: jackson In lieu of flowers, please send donations to the North Lawrence Community Schools Scholarship Foundation.

The family of Jackson Reynolds created this Life Tributes page to make it easy to share your memories.

Send flowers to the Reynolds family.