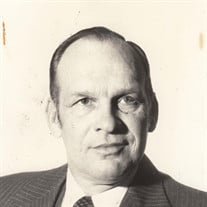 Jimmy R. Pounds, 89, of Bedford, passed away on Thursday, January 21, 2021. He was born in Clay, Kentucky, the son of Carmel and Evelyn Pounds. He married Ruth Gilliam on October 3, 1954 and she survives. To this union, they were blessed by their daughter, Deborah. His mother, father, and sister, Peggy Sandefur, are deceased. He is survived by his wife, daughter Deborah, granddaughter Erika Thomas and grandson, Tanner Thomas. His extended family includes son-in-law, Bill Weddle and his daughters, Ashleigh and Aubrei. He received a BA degree from Evansville College and MS and EDS degrees from Indiana University. He was an educator for 37 years and served as Principal of Bedford Junior High, Needmore Elementary and Tunnelton School. He served in the U. S. Navy from 1951 – 1955. His service included 40 months as a radar man aboard the U.S.S. McDermut DD677. His military decorations were Good Conduct, National Defense, China Service, Korean Service, United Nation Medals, Korean Presidential Unit Citation and Combat Action Ribbon. He served as a former member of the Bedford City Council, Lions Club, Bedford Urban Enterprise, and Education Chairman of the Bedford Chamber of Commerce. He was a life member of Indiana University Alumni Association, I.U. Varsity Club, National Association of Destroyer Veterans, and Indiana State Teacher Association. He attended Highview Baptist Church. Funeral services will be held at 1:00 p.m., Monday, January 25, 2021 at Ferguson-Lee Chapel of Bedford with pastor and former student Rev. Dan Goens officiating. Burial will follow at Cresthaven Memory Gardens with military rites accorded graveside by American Legion Gillen Post #33. Visitation will be from 11:00 a.m. to the service hour on Monday at the funeral chapel. Memorial contributions may be made to the William Huffman Scholarship Fund through the Bedford-North Lawrence Scholarship Foundation. Services for Mr. Pounds have been entrusted to the Ferguson-Lee Chapel of Thorne-George Family Funeral Homes. Online condolences may be sent to the family at www.Ferguson-Lee.com.

Jimmy R. Pounds, 89, of Bedford, passed away on Thursday, January 21, 2021. He was born in Clay, Kentucky, the son of Carmel and Evelyn Pounds. He married Ruth Gilliam on October 3, 1954 and she survives. To this union, they were blessed... View Obituary & Service Information

The family of Jimmy R. Pounds created this Life Tributes page to make it easy to share your memories.

Jimmy R. Pounds, 89, of Bedford, passed away on Thursday, January...

Send flowers to the Pounds family.