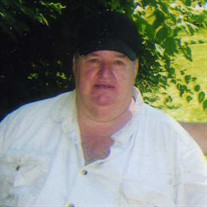 John D. “Peanut” Dalton August 14, 1948 – January 20, 2020 John D. “Peanut” Dalton, 71, of Bedford, passed away on Monday, January 20, 2020, at IU Health Bloomington Hospital. Born August 14, 1948 in Lawrence County, he was the son of Albert J. Dalton and Claira (Sullivan) Dalton. He married Judith “Judy” Wessell in 1968 and she survives. John was a graduate of Needmore High School and was the Street Commissioner for the City of Bedford from 1980 until retiring in 2009 after 43 total years of service with the city. Surviving are his wife, Judy, of Bedford; four daughters, Abby (Wendell McCammon) Shelley, Lana (Troy) Byrd, Wendy (Richard) Hamilton, and Lacy (fiancé Matt Wright) Dalton; two sons, John John Dalton and Richie Dalton; six grandchildren, JT, Emily, Whitney, Crystal, Savannah, and Dalton; and three great-grandchildren, Elijah, Harley, and Liam. He was preceded in death by his parents; one grandson, TJ; one great-grandchild, Remmington; and three sisters, Mo, Dot, and Rita. Funeral service will be at 11:00 A.M. on Thursday, January 23, 2020 at the Ferguson-Lee Chapel of Thorne-George Family Funeral Homes, with Phil Thorne officiating. Burial will be in Beech Grove Cemetery. Visitation will be from 4-8 P.M. on Wednesday at the funeral chapel.

The family of John D. Dalton created this Life Tributes page to make it easy to share your memories.

Send flowers to the Dalton family.