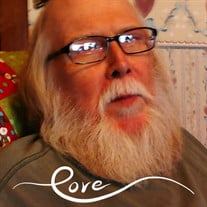 John Matthew Moore, 67, of Bedford, passed away Monday, June 7, 2021 at Indiana University Hospice House in Bloomington. Born January 11, 1954, he was the son of Harold and Mary Jane Sehr Moore. John retired from Brunner’s/Manchester Tank in Bedford as a Welder and Mechanic and had worked at Western Auto and Cosner’s. He graduated from Shawswick High School and loved working on cars, working on his farm, fishing, riding his 4-wheeler and driving around in his truck. Surviving to cherish the memory of John Matthew are his siblings, Judy (Gary) Deckard of Dayton, OH, Ed (Patsy) Moore of Lafayette, IN, Janet (Mike) Bowling of North Vernon, IN, Libby (Dave) Mullis of Bedford, and Ruthie (Rex) Martin of North Carolina; along with several nieces, nephews. great-nieces and great-nephews. Preceding John in death are his parents, Harold and Mary Jane; his grandparents, John M. and Bertha (Fortner) Sehr and William A. and Inez (Kurtz) Moore; a sister and brother-in-law, Carolyn and Jerry Pruitt; three nephews, Eric Michael Bowling, Andy Frye and Brandon Martin. Funeral services for John Matthew Moore will be held on Thursday, June 10th at 10:30am at Ferguson-Lee Chapel of Thorne-George Family Funeral Homes in Bedford with Pastor Dave Mullis officiating. Burial will follow in Leatherwood Cemetery. Visitation will be from 4-8pm on Wednesday at Ferguson-Lee Chapel. Memorial contributions may be made in John’s memory to Between the Crowd.

The family of John Matthew Moore created this Life Tributes page to make it easy to share your memories.

Send flowers to the Moore family.