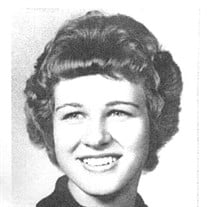 Katheryn L. “Katie” Mullinax, 77, of Bedford, passed away January 2, 2022, at St. Vincent Dunn Hospital in Bedford. She was born October 22, 1944, in Scottsburg, Indiana, to Lawrence and Helen (Vaught) Ellis. She married James David Mullinax I, on August 23, 1967, and he preceded her in death on December 8, 1984. Katie graduated from Deputy High School in Indiana, class of 1962, was a U. S. Army Veteran and worked at Crane (Army side) in Ammunitions. She attended Highview Baptist Church and was a member of the American Legion Cecil C. Martin Lodge Post #250 of Mitchell. Katie loved riding horses and spending time with her family and grandchildren. She was very generous and kindhearted. Surviving Katie are her daughters, Lisa (Keith) Roler of Bedford and Mindy (Troy) Scott of Heltonville; son, James David Mullinax II, of Bedford; grandchildren, Logan Eric (Sydney) Scott Bloomington and Tyler Lee Scott of Heltonville; sisters, Marilyn (Don) Tirey of Oolitic, Becky (Ronnie) Pierce and Sue McPherson, both of Mitchell; brothers, Eddie Joe (Linda) Ellis and Don Charles (Judy) Ellis, both of Mitchell; several nieces and nephews; special extended family, Joe and Connie Scott; and her dog, Gunner. Preceding Katie in death were her parents; brother, Dean Ellis; and brother-in-law, Terry McPherson. Funeral services for Katie will be held at 11:00 a.m., Friday, January 7, 2022, at the Ferguson-Lee Chapel of Thorne-George Family Funeral Homes in Bedford with Pastor Danny Goens officiating. Military honors will be conducted by the American Legion Cecil C. Martin Lodge Post #250 of Mitchell with cremation to follow. Visitation will be from 3:00 p.m. until 7:00 p.m., Thursday, at Ferguson-Lee Chapel. The family would like to thank St. Vincent Dunn Hospital, it’s nurses, aides and Dr. Allmon for the kindness and compassion they gave to her and to us. Contributions in Katie’s memory may be made to Highview Baptist Church. Online condolences to the family may be sent to www.FergusonLee.com.

The family of Katheryn L. "Katie" (Ellis) Mullinax created this Life Tributes page to make it easy to share your memories.

Send flowers to the Mullinax family.