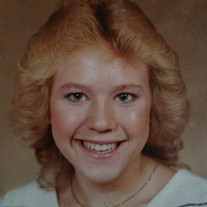 Lelah “Dian” Donica, 52, of Bedford, passed away Thursday, March 17, 2022, at her residence. She was born in Bedford on June 7, 1969, to William and Loretta Beaver Baker. She married Michael Donica on November 12, 1988, in Bedford at the Donica Church of God and he survives. Dian was a graduate of Bedford-North Lawrence High School and Oakland City College. She attended Turning Point Church of the Nazarene in Heltonville. She had worked at Hoosier Hills Credit Union, drove a school bus for North-Lawrence Community Schools and was a secretary at Donica Church. Surviving to cherish Dian’s memory is her mother, Loretta Cranfield of Bedford; husband, Michael of Bedford; children, Aaron (Brandon Oxley) Donica of Carmel, Riley (Genny) Donica and Clint (Abbi) Donica, both of Bedford; grandchildren, Amiah Donica and Kasen Donica; sister, Vickie Dalton of Bedford; step-brothers, Jeremy Cranfield of West Baden and Michael Cranfield of Paoli. Dian was preceded in death by her father. A Celebration of Life will be held Wednesday, March 23, 2022, at 7:00 p.m., at the Ferguson-Lee Chapel of Thorne Family Funeral Homes in Bedford with Bro. Duane Brown officiating. Visitation will be from 5:00 p.m., Wednesday, until the service hour, also at Ferguson-Lee Chapel. Contributions in memory of Dian may be made to Lawrence County Cancer Patient Services. Online condolences may be sent to www.FergusonLee.com.

The family of Lelah Dian Donica created this Life Tributes page to make it easy to share your memories.

Send flowers to the Donica family.