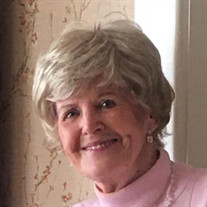 Lessie Rae Smith, 90, of Bedford, passed away Monday, Jan. 4, 2021 in Bloomington. She was born Jan. 5, 1930 in Armilda, West Virginia to Mable (Moses) and Virgil Mills. She married Robert L. Napier and he preceded her in death. She then... View Obituary & Service Information

The family of Lessie Rae Smith created this Life Tributes page to make it easy to share your memories.

Send flowers to the Smith family.