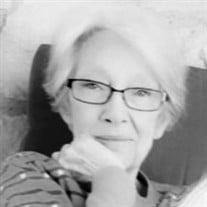 In Loving Memory Of Our Beloved Wife, Mother, Grammy, and Great Grammy Marigrace Bennett passed peacefully at IU Health Hospital in Bedford, IN on Friday, August 27, 2021 at 9:46pm. She was surrounded by family with love and prayers as she moved on to be with Our Heavenly Father. Marigrace was born in Columbus, IN on August 20, 1945, to her loving parents, Reverend Lester and Grace Vanest. After the death of her father in November of 1993, she moved to Bedford, IN to care for her mother through February 2011 when Grace joined her husband of 56 years in Heaven. She married her soulmate, Nick Bennett, on July 31, 1999, on Lake Monroe. They had just celebrated their 22nd anniversary. She was a dedicated wife and mother. Earlier in life she worked hard, endless hours as a bartender to support her family. Later, she put herself through college and became a Physical Therapy Assistant. She worked in several facilities within the area to including Westview Nursing and Rehabilitation Center in Bedford, IN where she was loved by both her patients and her co-workers. Marigrace is survived by her husband Nick Bennett & furbaby Harley, her daughter Vaughna Tokarz & husband Terry, her son Tony Parks & wife Sheri, her grandchildren Ryan Parks, Ashley Parks, Chelsea Standiford & husband Aaron, Chaz Fernandez & wife Beth, Kaylee Tokarz, Tara Tokarz and her great-grandchildren Chloe, Zaxton, and soon to come Adilyn. Marigrace is also survived by her loving brothers Bud Vanest & wife Joyce and Tom Vanest & wife Kristin along with her niece and nephews and her many great nieces and nephews. She was preceded in death by her beloved sister Wanda Griffin & her husband Herb. Marigrace was always full of love and laughter. She loved her furbabies, her garden and big porch, her hummingbirds, catching fireflies & baking with the grandchildren and sitting with her husband Nick on their bench by the field in the evenings to watch the deer. She had the biggest heart and always put everyone before herself. Rest easy, we got it from here until we see you again. We love you so very much! We will be having a celebration of life for Marigrace in the following spring when her flowers are blooming again. Due to her love of animals, we ask in lieu of flowers, please send donations in her name to the Lawrence County Humane Society. Arrangements entrusted to Ferguson-Lee Chapel of Thorne-George Family Funeral Homes, 818 18th Street, Bedford, Indiana 47421. Online condolences may be sent to the family at www.FergusonLee.com.

In Loving Memory Of Our Beloved Wife, Mother, Grammy, and Great Grammy Marigrace Bennett passed peacefully at IU Health Hospital in Bedford, IN on Friday, August 27, 2021 at 9:46pm. She was surrounded by family with love and prayers as she... View Obituary & Service Information

The family of Marigrace Bennett created this Life Tributes page to make it easy to share your memories.

In Loving Memory
Of Our Beloved Wife,
Mother, Grammy, and Great...

Send flowers to the Bennett family.