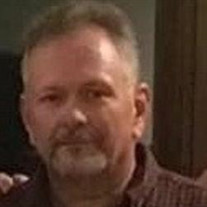 Mark A. Beaver September 30, 1961 – January 31, 2020 Mark A. Beaver, 58, of Bedford, passed away on Friday, January 31, 2020, at the University of Kentucky Health Care Center in Lexington. Born September 30, 1961, in Bedford, he was the son of Harold E. and Barbara J. (Miller) Beaver. He married Dana Cummings on October 7, 1989 and she survives. Mark was a graduate of Bedford North Lawrence High School Class of 1980, Veteran of the United States Army and Army National Guard, and attended Vincennes University where he was a member of the Sigma Nu fraternity. He was a member of St. Vincent de Paul Catholic Church, American Legion Gillen Post #33, Bedford Boat and Sportsman Club, the Elks and Eagles. Mark previously worked at Visteon then worked as a Truck Driver for Relco. Surviving are his wife, Dana, of Bedford; two sons, Owen and Griffin Beaver; three sisters, Deborah Beaver, of Bedford, Karen Jacobsen, of Bedford, and Jane (Clipp) Crosby, of Bedford; brother, Mike (Stephanie Odaffer) Beaver; several brothers-in-law, sisters-in-law, nieces, and nephews. He was preceded in death by his parents. Funeral service will be at 11:00 A.M. on Wednesday, February 5, 2020 at the Ferguson-Lee Chapel of Thorne-George Family Funeral Homes, with Deacon Dave Reising officiating. Burial will be in Pinhook Cemetery. Visitation will be from 2-8 P.M. on Tuesday at the funeral chapel. Rosary will be prayed at 7:00 P.M.

The family of Mark A. Beaver created this Life Tributes page to make it easy to share your memories.

Send flowers to the Beaver family.