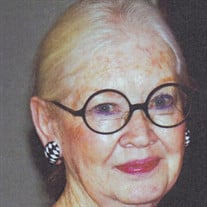 “I HAVE LOVED EVERY DECADE” were the words spoken by Maxine Zollman, when recently asked to reflect on her life. Born during the Roaring 20’s, a child during the depression, a young woman during World War II, and a mother to teens during the 60’s, Doris Maxine Hague Zollman’s life was shaped by challenging and interesting times. Maxine died Saturday, January 30, 2021, at the age of 95 at Meadowood Health Pavilion in Bloomington, IN. She was born on September 23, 1925, to Merrit Minard Hague and Leola Reynolds Hague, in a second story rented apartment in Washington County, Indiana, near the one-room school where her father taught. When Maxine was 2, the family left Southern Indiana for the northern part of the state where her father served as principal and school superintendent in various Northern Indiana communities. She and her friends played with dolls, roller skated and calling themselves “The Tree Sitters,” they spent long periods in trees, eating raw carrots and drinking water from coffee cans. Maxine had a dog named BINGO, and another pet, a baby chick, which she took for walks on a leash made of string until one day she discovered her chicken was the Sunday dinner - something her farm-bred parents thought nothing about. When Maxine was 12, her life as an only child ended with the birth of her first brother, James Allan (Jim) Hague, and was soon followed by a second brother, Dr. John Maurice (Jack) Hague (Jayne Wisely Hague). Music, a family passion, and tap dancing lessons rounded out her activities and until recently, she could still perform a shuffle-ball-change routine with her daughter, Priscilla. At age 3, her father taught her to play the ukulele and she and her clarinet earned a spot in the school band. Piano lessons were added to her musical accomplishments and at many a family party, people were drawn to the piano upon hearing the first chords of “Stardust,” her signature song. In 1943, Maxine graduated from Hebron High School, in Hebron, Indiana and America’s involvement in WWII now required sacrifices and cooperation. Upon graduation, she moved to Chicago and, after working briefly in a bank, enrolled in nurses’ training. She joined the Cadet Nurse Corp program at Michael Reese Hospital in Chicago, a program started by First Lady Eleanor Roosevelt, to train nursing students to care for the wounded soldiers sent back to the U.S. as the experienced hospital staff headed overseas into the war zones. As Maxine told the story, “Everyone wanted to do their part.” As the war ended, the Cadet Nurse program ended. She be- came certified as a nurse, which also qualified her as a flight attendant, one of her earlier goals. She enrolled at the University of Minnesota in Minneapolis and began work on a masters degree in public health. But lives were changing fast now as the war wound down. Maxine was introduced to a young soldier, Maurice J. (Jack) Zollman, newly returned from the war. They got engaged at the iconic Boulevard Room in Chicago and Maxine postponed her Masters Degree. Maxine and Jack married on March 22, 1947, in Campbellsburg, Indiana. The couple lived in Medora, Indiana, and then settled in Bedford, Indiana, Jack’s hometown, not far from her birthplace. Maxine worked at the local hospital until the birth of their first child, Julia Ann. A son, John William (1952), and a daughter, Priscilla Rose (1959), rounded out the family. The next few years, while the children were young, Maxine devoted herself to community and family projects - Tri Kappa Civics Sorority, PTA, the Pink Ladies Hospital Guild, activities supporting the First Methodist Church, CASA volunteer, Girl Scout Leader, literary group member, historic preservation supporter and host of many large family celebrations. In the early 1980’s, Maxine joined the business community. Her first venture was The Lawrence House, a home accessories store in downtown Bedford which she owned and operated with her friend and business partner, Martha Hudson. They enjoyed the community contact and trips to various markets around the country searching for unique products. Maxine later opened and operated Zollman’s Finery in the Masonic Temple building until the early 1990’s. Following the death of Jack in 2001, Maxine moved to Meadowood Retirement Community in Bloomington, Indiana, where she lived for 18 years. In addition to her husband, Maurice J. (Jack) Zollman, Jr., she was predeceased by her parents; two sisters-in-law, Mary Ann Cramer Hague and Mary Rose Zollman Haverland and a brother-in-law, Frank Haverland. In addition to her two brothers, Maxine is survived by her daughter, Julia Zollman Wickes (John F.); her son, John William Zollman (Michelle Lasley Zollman); and daughter, Priscilla Zollman Ball (Jeffrey R.). Her grandchildren, Katherine Wickes Conovitz (Brandon), Margaret Wickes Callahan (Kevin), Anna Wickes Brodie (Andrew), Alyce Zollman, Elliott Ball and Stuart Ball survive her. Seven great-grandchildren, two nieces and three nephews survive her, as well. “I have loved every decade.” defined her outlook and approach to life. Maxine was known and loved for her kindness, thoughtfulness, grace and welcoming hospitality. She and Jack raised their children to value commu- nity involvement, integrity and inclusiveness. Her family would like to thank the staff at Meadowood Retirement Community and Meadowood Health Pavilion for their loving and caring assistance to Maxine. Burial arrangements are being handled by the Ferguson-Lee Chapel of Thorne-George Family Funeral Homes of Bedford, IN. Burial will be in Green Hill Cemetery, Bedford, IN. A private family funeral will be held with a memorial service held at a later date. Friends and family are invited to leave messages for the family at www.Ferguson-Lee.com. In lieu of flowers, the family requests that donations be made to the Lawrence County Community Foundation/ Zollman Fund for Abused and Neglected Children (https://www.cfpartner.org/lccfdonorstories/maurice-jack-amp-maxine-zollman) in memory of Maxine Zollman. As a trained volunteer with the Guardian Ad Litem program, which provides court appointed special advocates for children in the courtroom, Maxine saw ‘so many children in need.’

&#8220;I HAVE LOVED EVERY DECADE&#8221; were the words spoken by Maxine Zollman, when recently asked to reflect on her life. Born during the Roaring 20&#8217;s, a child during the depression, a young woman during World War II, and a mother to... View Obituary & Service Information

The family of Maxine Zollman created this Life Tributes page to make it easy to share your memories.

“I HAVE LOVED EVERY DECADE”
were the words spoken by Maxine Zollman,...

Send flowers to the Zollman family.