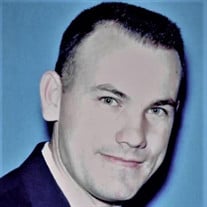 Orval L. Huffman, Jr. 90, of Bedford, left this earthly life to his reward on Friday March 18, 2022. Born January 24, 1932, he was the son of the Rev. Orval L. and Gladys Huffman. Orval, nicknamed “Cheese” from his boyhood days, was a natural at sports like basketball and was a top scoring forward on his Orleans Bulldog high school team. He went on to play for the Indiana State Sycamores until an ankle injury changed his course. He received his Bachelor of Science from Indiana State University and his Master of Science in Teaching from Indiana University, Bloomington. He was a popular teacher among many of his students in Industrial Arts, Woodworking and Driver’s Education with his career path moving from Greensburg to Ellettsville and finally to the Bedford Schools, but he is probably best known for his coaching. When he retired from his position as head baseball coach at Bedford North Lawrence High School , he had an impressive 420 win to 155 loss record with trips to the State finals in 1975 and 1977 and twice coaching the South team in the North/South Allstars during those years. For all his coaching accomplishments, he was inducted into the Indiana Baseball Hall of Fame in 1987, and in 2015, he was honored locally with an annual baseball tournament in his name, the “Orval Huffman Invitational”. Surviving Orval are his wife of 44 years, Sandra; three daughters: Carla Huffman, Pam Long, and Brenda Cummins (Jeff); three step-children: Billie Busch (Bob), Barrie Fogg (Paul), and Blake Bower; 13 grandchildren and 7 great-grandchildren who knew him affectionately as “Gramps”; and a younger sister, Ruth Stevens (Shelby). He was preceded in death by his parents; an older brother, Fred Huffman; and an older sister, Elnora Albin. He loved and was proud of his family, loved spending time with them, and enjoyed tracing the history of his family tree. We were extremely blessed knowing that he had been a big part of ours— forever in our hearts until we meet again…. Cremation and private graveside services have been chosen by the family. If you wish to honor your memory of Mr. Huffman, aka “Coach”, donations may be made to the First United Methodist Church, 1409 K Street, Bedford, IN 47421. Arrangements for Mr. Orval L. Huffman Jr. have been entrusted to the Ferguson-Lee Chapel of Thorne-George Family Funeral Homes in Bedford. Online condolences and memories may be shared at www.FergusonLee.com.

The family of Orval L. Huffman Jr. created this Life Tributes page to make it easy to share your memories.

Send flowers to the Huffman family.