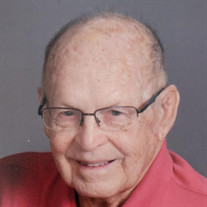 Robert “Bob” Drehobl, 90, of Bedford, passed away Monday, January 4, 2021 in Bloomington, Indiana. He was born June 30, 1930 in Detroit, Michigan to Vincent F. and Mary A. (Bratcher) Drehobl. He married Beverly Barry on January 24, 1959 at St.Vincent de Paul Church in Bedford, Indiana and she survives. Bob graduated from Bedford High School, class of 1948, earned a bachelor’s degree in Education from Indiana University and his master’s degree in Science from Indiana State University. Bob was a U. S. Navy veteran. He taught drafting at Bedford North-Lawrence Vocational School until he retired from teaching. He then was an owner of a stone mill in Bedford until his final retirement. Bob was a member of St. Vincent de Paul Catholic Church, a 4th degree Patriotic Knight of Columbus, a volunteer for the Society of St. Vincent de Paul, and past member of the Lawrence County Council. Bob loved spending time with his grandchildren and enjoyed traveling. Surviving to cherish Bob’s memory are his wife, Beverly of Bedford; one daughter, Theresa (Bill) Mason of Bend, OR; two sons, Steve (Dawn) Drehobl of Phoenix,AZ and Mike (Kristy) Drehobl of Milwaukee, WI; six grandchildren, Bryce Mason and Elissa Sander, Michael and Emma Drehobl, Jacob and Erin Drehobl; four great grandchildren; and several nieces and nephews. Bob was preceded in death by his parents; one brother, Albert Drehobl; and one sister, Elizabeth “Betty” Breidenbach. A rosary service will be held at 1:00 p.m., Saturday, January 9, 2021 at Cresthaven Memory Gardens with Father Jegan Peter and Deacon Dave Reising officiating. A graveside service will immediately follow with military rites accorded by American Legion Gillen Post #33 of Bedford. Memorial contributions may be made to Becky’s Place or the Men’s Warming Shelter. Services for Robert have been entrusted to the Ferguson-Lee Chapel of Thorne-George Family Funeral Homes. Online condolences may be sent to the family at www.FergusonLee.com.

The family of Robert Drehobl created this Life Tributes page to make it easy to share your memories.

Send flowers to the Drehobl family.