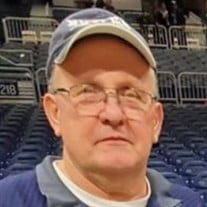 Wendell Dale Bailey was taken from this world in a tragic cycle accident in Brown County, IN on September 21st. He was born in Lawrence County February 1, 1950 to Jesse Paul and P. Louise (Chambers) Bailey. In June 1969 he married the love of his life, Beverly Case. This year marked their 51st wedding anniversary. He served six years in the Indiana National Guard. Wendell was a 1968 graduate of Heltonville High School where he excelled in academics and in all available athletics: basketball, baseball, track and cross country. After graduation, he continued to play with local softball and basketball teams for several years. You would NEVER hear him brag about it but the Bailey Athletic Story didn’t stop there. He and Beverly proudly watched the BNL Stars teams win state basketball championships in 1990 with son Damon, daughter Courtney in 1991, granddaughters Alexa and Loren in 2013 & 2014. Grandson Cade Nolan played football at BNL and Brayton Bailey was an outstanding basketball player. To say Wendell enjoyed sports would not be an exaggeration but he also spent many hours watching granddaughter’s cheer competitions and dance recitals. His life revolved around family. And if you were Wendell’s friend, you were family. He was one of a kind, a true treasure. Wendell worked as supervisor over transportation for the North Lawrence School Corporation, the Monroe County Community School Corporation and for the City of Bloomington. After retirement, he worked part time for Hawkins-Bailey Warehouse. Wendell, like his dad, could fix anything and loved to tinker and to keep busy. Wendell is survived by wife Beverly, son Damon Bailey and wife Stacey; daughter Courtney Nolan and husband, Shane; grandchildren Alexa (Logan) McCullough, Loren Bailey, Cade Nolan and Brayton Bailey; Brothers Phil (Becky) Bailey, Gary ‘Jake’ (Jan) Bailey, and Greg Bailey. He is also survived by aunts Marjorie Bartlett & Velma Chambers, in-laws and numerous loving nieces, nephews and cousins. All will miss him dearly. Preceding him in death were his parents and his sister, Nancy L. Bailey. In accordance with what Wendell would have wanted, there will be a private graveside service. In lieu of flowers, the family asks that donations be made to the Bedford North Lawrence Scholarship Foundation, 460 W Street, Bedford, IN 47421, clearly designated for Wendell Bailey Scholarship Fund.

Wendell Dale Bailey was taken from this world in a tragic cycle accident in Brown County, IN on September 21st. He was born in Lawrence County February 1, 1950 to Jesse Paul and P. Louise (Chambers) Bailey. In June 1969 he married the love... View Obituary & Service Information

The family of Wendell Dale Bailey created this Life Tributes page to make it easy to share your memories.

Wendell Dale Bailey was taken from this world in a tragic cycle...

Send flowers to the Bailey family.