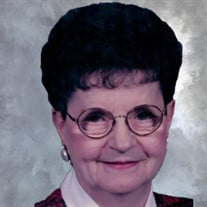 Dorothy “Dottie” Wray Adamson died at 12:06 a.m. Monday, February 7, 2022, at I. U. Hospice House, Bloomington. Born December 23, 1928, in Bedford, Indiana, she was the daughter of Lela (Speer) and Dillen Wray. She was married to Robert H. Adamson, and he preceded her in death. She graduated from Bedford High School, Class of 1947. In addition to being a homemaker and raising four daughters, Dottie worked several years at the Lawrence County Auditor’s Office. She was a member of the Central Church of Christ. She resided at Johnson Christian Village for the last five years of her life. She loved spending time with her daughters, grandchildren and great-grandchildren. Dottie was a whiz at Jeopardy and Wheel of Fortune. Surviving are three daughters, Cassandra Gould, Greenwood; Susan (Jim) Silver, Ft. Wayne; and Evalyn Walton, Mitchell; son-in-law, Rick Robbins, Leesburg, FL; seven grandchildren, Carrie (Brandon) Davidson, Matthew (Ashley) Gould, Megan Robbins, Bryana (Telly) Glass, Daniel (Kristi) Walton, Hannah (Jarrod) Pickel and Benjamin Silver; eight great-grandsons; five great-granddaughters; and several nieces and nephews. She was preceded in death by her husband; her parents; one brother, Sanford Wray; four sisters, Evalou Porter, Evalyn McCoy, Callie Southern and June Childers; one daughter, Deborah Robbins; and two sons-in-law, Mike Gould and David Walton. A private funeral service will be held at the Ferguson-Lee Chapel of Thorne-George Family Funeral Homes in Bedford for the immediate family. Brother Rick Leach will officiate. Entombment will be in Cresthaven Mausoleum. In lieu of flowers, memorials can be made to I. U. Hospice House, Bloomington, or Johnson Christian Village, Bedford. Services for Dorothy have been entrusted to the Ferguson-Lee Chapel of Thorne-George Family Funeral Homes in Bedford. Online condolences may be sent to the family at www.FergusonLee.com.

The family of Dorothy "Dottie" Wray Adamson created this Life Tributes page to make it easy to share your memories.

Send flowers to the Adamson family.